The bathroom in the tiny house can best be described as “functional.” Its best feature, the swing-in window, was marred by water stains from condensation that gathered during the winter months. 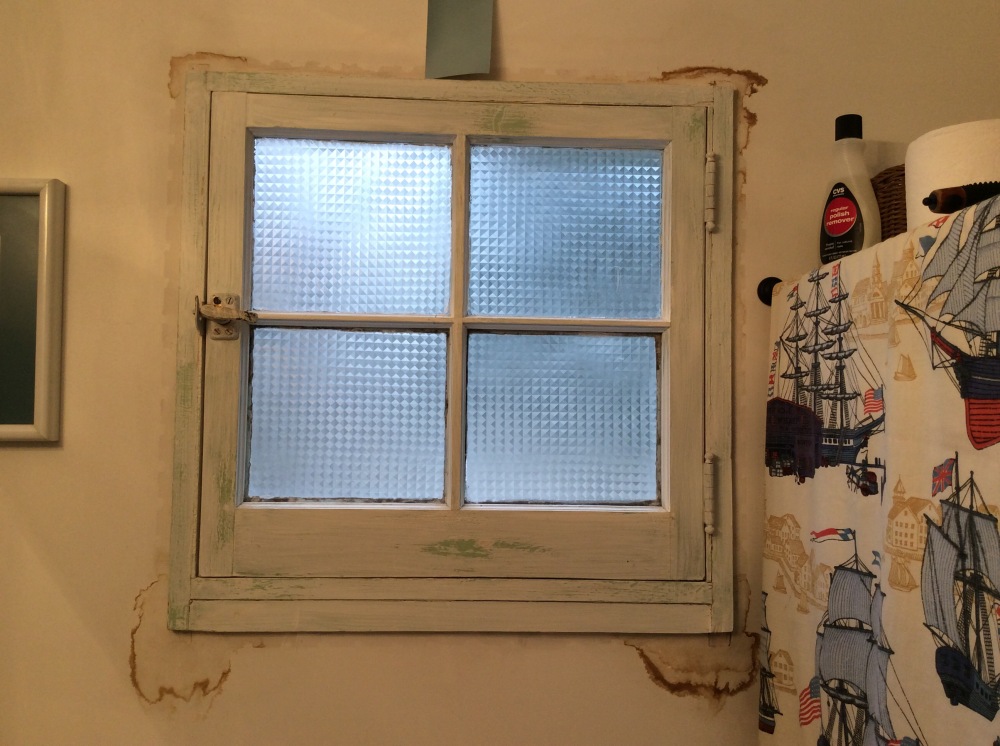 Over the first killer winter of 2012/2013, we noticed that the drywall around the window was damp. But where was the water coming from? Ice dams on the roof, dripping through the wall cavity? Above the window? I was concerned that finding the source of this leak would prove to be difficult. The water ended up staining the walls, as you can see the photo above.

Over the summer we had a makeshift storm window made, to fit on the outside. Well, it seemed to have done the trick. I guess cold air was leaking in around the window frame, causing warm inside air to condense on the walls? Our little storm window must have provided just enough insulation to temper this temperature change, because we didn’t have this problem over the second killer winter of 2013/214.

This summer I hope to caulk and repaint the exterior frame, to hopefully prevent air leakage.

So with the window problem seemingly fixed, I proceeded to work on improving the small bathroom’s appearance. A collection of old maps provided inspiration for a decoupage map wall. We had way more maps than wall space, so Jeff and Mike got tasked with selecting the best ones and choosing their placement. 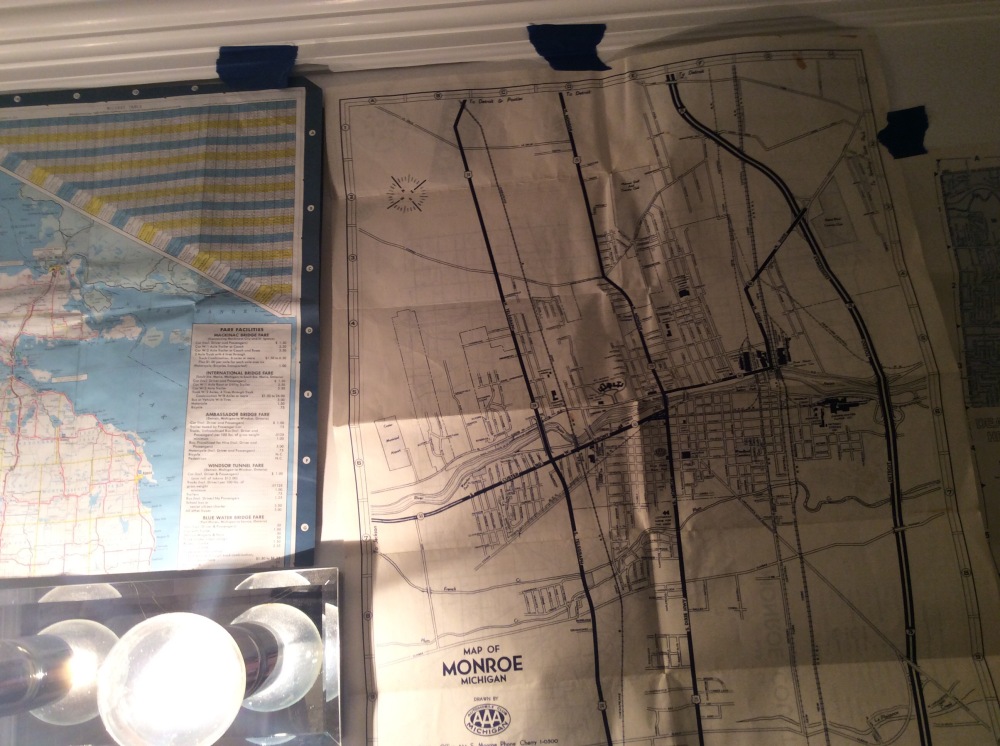 The job itself was far easier than I imagined. I’d read about problems with bubbles and wrinkles. But with modpodge and a trusty bone folder in hand I began to decoupage. Here’s a photo halfway through … 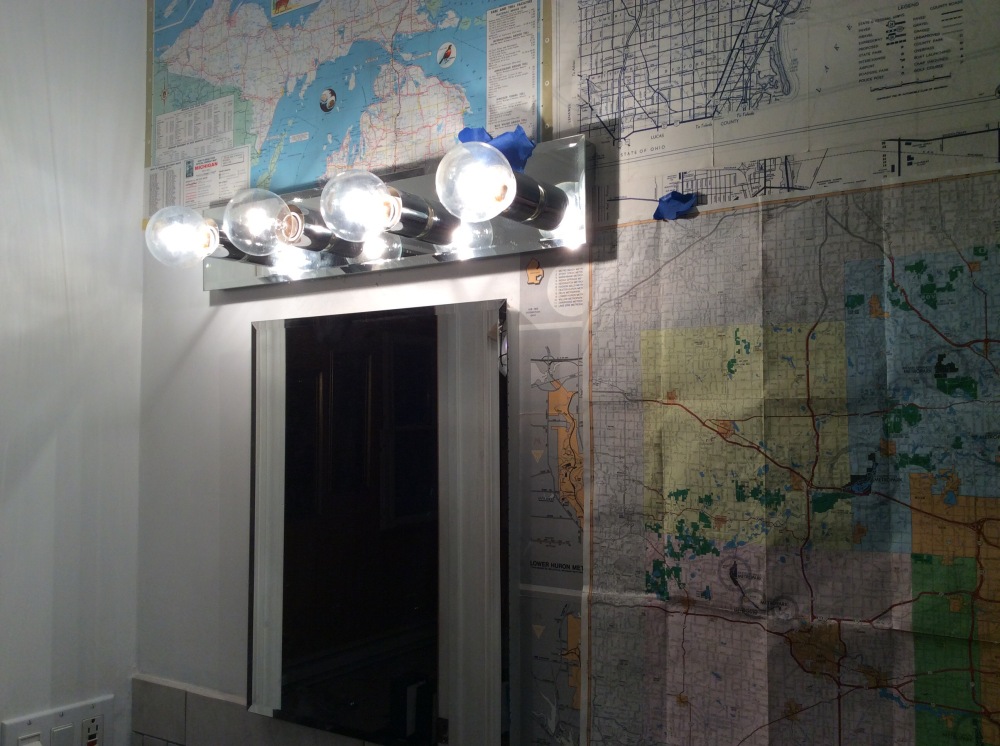 The only challenge was how quickly the modpodge dried. Applying a layer to the wall and getting a large map in position before it dried was the hardest part of the job.

Oh and back to that window! Some caulk around the framed, Kilz to cover the stains, a bunch of layers of spackle to cover imperfections, and two coats of paint later … 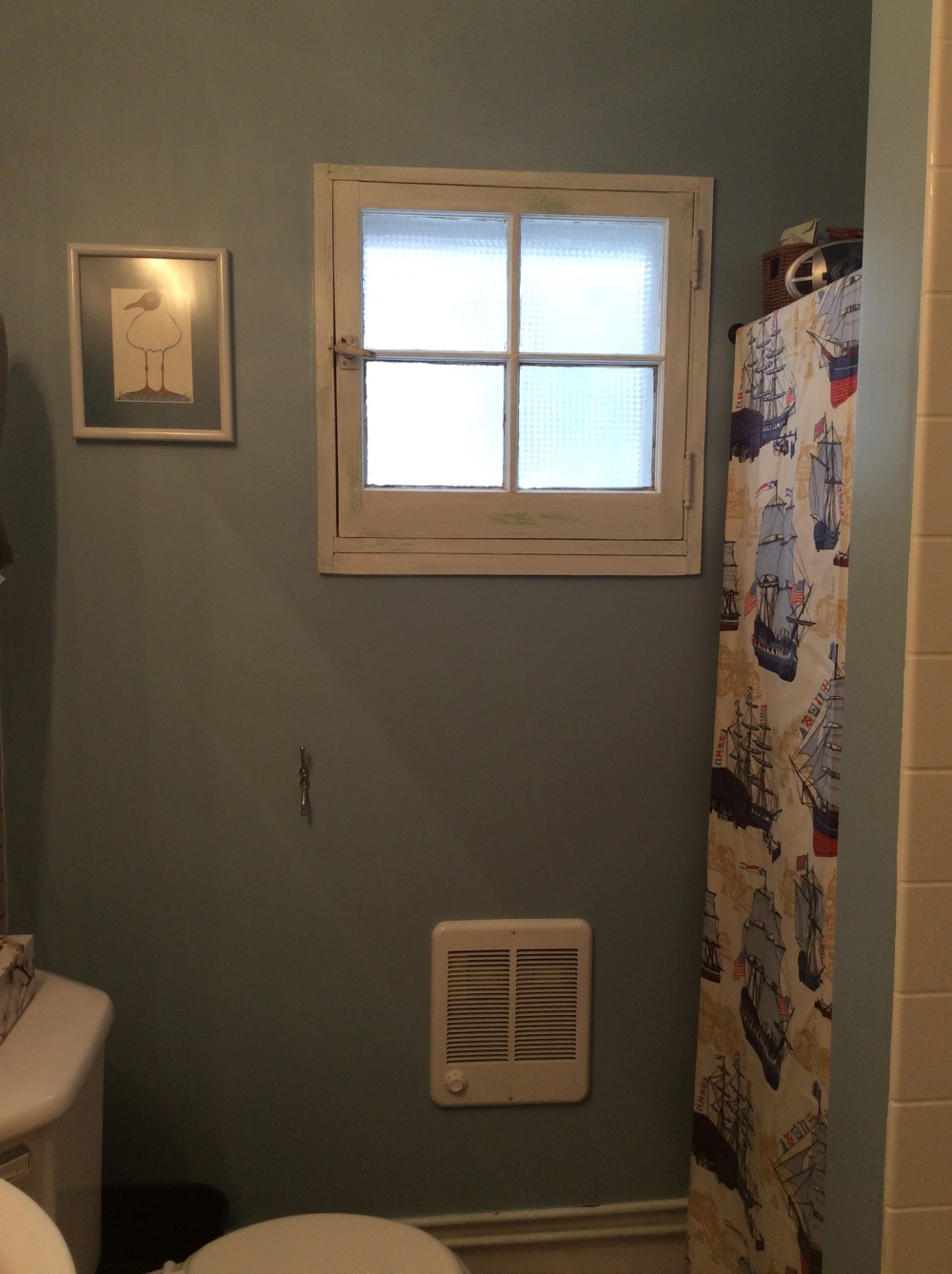