I’m pleased to present my second interview with Zackery Belanger of Arcgeometer. Moving to Detroit … founding an acoustic architecture studio … getting one’s hair and wardrobe just right for a phone interview … all things we discuss below.

Zackery: How’s my hair? Is my hair okay?

Elizabeth: Oh it’s great. Yeah, your hair is fantastic. I like the t-shirt, good selection.
Thank you.

Take a step back, imagine we’ve never met before, and tell me about your business.
I just moved to Detroit six weeks ago to get my new business, Arcgeometer, established. We do acoustic design primarily based in architecture. There are lot of artists and architects who have strong intentions about what they want to achieve acoustically, but not necessarily the education and background on how to achieve those goals.

I also do artistic installations of my own, stimulations that can help clients understand how sound behaves, and standard consultation to give advice about acoustics. I even do some fabrication and installation for smaller projects.

In a nutshell: I make buildings sound good in any way possible.

Can you say a little bit more about your background?
I started off at Oakland University in the suburbs of Detroit and studied physics as an undergrad, then did a masters degree in gravitation and computation. When I got those two first degrees I had no idea I’d end up doing architectural acoustics.

I ended up in Chicago and got hired by an architectural acoustic firm, Kirkegaard Associates, that appreciates people with a background in physics who also care about design and music. I worked there for over eight years, and then ultimately got frustrated with the state of the field, feeling that there are a lot of things we could be doing better.

So I know at that point you went back to school. Did you feel like there were gaps in your knowledge that led you back there? Specific interests? Things that you want to study further?
I enrolled in the PhD program to study architectural acoustics in the School of Architecture at Rensselaer in Troy, NY. To be honest the school part was more, “How am I going to pay for this time away from work to be in the research world?” There’s a surprising disconnect between the academic world and practice in architectural acoustics. The idea of returning of school was so that I could do more advanced research, not necessarily to go learn what’s already known and fill in the gaps.

I almost immediately clashed with my advisor over which risks are worth taking in this field of study. Ultimately I ended up finishing only the masters degree portion of the PhD and then was invited to a place called EMPAC, the Experimental Media and Performing Arts Center, which is at Rensselaer but not an academic program. I had worked on EMPAC while at Kirkegaard, and here I had the freedom to take risks and explore what I wanted.

How did you finance your time at school? Did you get a stipend? Loans?
I had tuition waivers and stipends from Rensselaer for the first three semesters. Funds for the fourth semester were promised but revoked when I refused to change my course of study under pressure from my advisor. I landed small consulting projects and painted apartments to pay the bills while I carried out the rest of the work that was supposed to be part of a PhD. 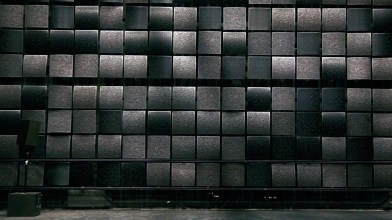 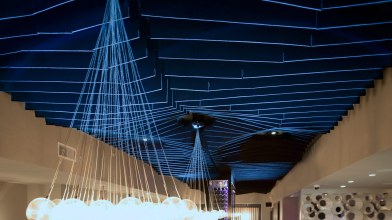 How long have you had this plan to start your own firm and come back to Michigan?
I only decided to do that about two years ago. I’ve always wanted to pursue whatever path allows me to keep doing good work and so I’ve always been open to joining other firms (or if I ever really got tired of acoustics, of doing something else completely).

The decision to come back to Michigan (it’s where I grew up) was a strategic one. From a business standpoint, I think Detroit is really a future city. The next chapter remains to be written, and it’s affordable. I need a place I can afford so I can spend my time working and innovating, not necessarily trying to bring in the most money possible. It’s a different game here.

Here I can afford an office space, and I can afford to take those projects that are meaningful to me. I can essentially price them so that the client won’t say no and thus work on things that are important and not just for the money.

Okay, so how far have you gotten with setting up the business itself? Do you have a tax ID and other paperwork … ?
Not yet. My primary thing right now is being able to pay my bills, so I’m technically an independent consultant. I have a business partner in New York who wants to move here, so I need to get enough projects and enough money flowing so she can get here. I trust her to make a lot of the decisions about how exactly the business should be set up. We’re looking hard at a B-Corp, a new type of business structure, a kind of “for-profit business with a conscience.”

How did you guys meet and decide to be partners?
Through friends — we had a mutual friend who was working on a project that was behind schedule, and we both showed up to help. She has a degree in sociology and an MBA. She has appreciation for the work that I do, but she’s not an expert in it. Whereas I’m terrible at spreadsheets, she actually really likes spreadsheets, so we compliment each other well.

It’s hard to do all of the parts of this alone. There are so many aspects: the business side, the math and physics side, the music side, the architecture and design side, the public policy side (because every community is different and every community has their own rules and process). You add to that running a successful business. She was one of the reasons that I made the decision to start my own business because I think combined we can really do well.

How are you financing the start up of your business? We touched on how the low cost of living in Detroit makes the leap more possible. But obviously you still have expenses. Are you making enough income off the projects you mentioned? Are you using your personal finances (savings or credit cards) to get off the ground?
I’m financing Arcgeometer strictly off the paying work I land. It’s often not enough or doesn’t arrive quickly enough. It’s feast-or-famine, similar to making a name in music or art, especially since so much important work doesn’t pay at all. I live frugally. I don’t buy clothes or take vacations. I put off owning a car until I absolutely needed one. I’ve deferred my student loan payments and I often make the banks wait. I can’t rely on credit cards or savings because I had a 2012 bankruptcy after losing my Chicago condo in 2011 to the housing crisis. I’m playing the long game here. If I let money drive my work then I’ll never get to the important stuff. But the lean period is starting to pay off. I’ve stripped it back to nothing and now I have an understanding of sound and buildings that I couldn’t have reached any other way. The money is starting to come.

Along the same lines, you mentioned how the low cost of living allows you to be pickier about your clients or more aggressive about working with people that you want to work with. Who are some of your ideal clients that you would love to have in the next year or two?
Wow, that’s a really good question. I would love to do more work with museums. I think the art world is underdeveloped when it comes to sound. There are some great artist working in sound but I think as opposed to the visual realm, there’s so much interesting stuff that could be done right now in the art world.

A second one would be concert hall design. It’s just one of the things we still don’t really understand as well as we should. It’s a big risk to build a new concert hall or to renovate an old one. Some of the ideas I’ve been pursuing over the last few years hold a lot of promise to help us design better rooms, to be able to give our clients more of a guarantee that the money they’re spending will result in a room that sounds great.

Other things that I’ve missed that I should ask you about?
I want to add one thing, and that is that there’s a particular challenge associated with the architectural world: projects take a very long time. It’s a different game when you’re trying to build a building: the money and time involved is substantial. Architecture moves more slowly than any sort of product design. I think it’s one of the good challenges.

Want to learn even more about Zackery and his work? Check out the video below.